10 new features that will make your job easier in the E3.series 2017

The 2017 version of the E3.series software brings new features that guarantee greater efficiency and ease in the formulation and implementation of electrical projects. Being a software made by those who understand engineering for those who love engineering, the E3.series seeks to incorporate in its updates requests and suggestions made by its users, engineering leaders in the world, aiming at developing advanced electrical projects in the shortest amount of time and with the least effort possible.

We highlighted among this version new features, ten that will further facilitate your work, each with a brief demonstration video.

(We recommend watching the videos in HD for better viewing)

1) Align Objects
Similar to the "align text" feature in Microsoft Word, the new ‘Align Objects’ feature allows you to align symbology, related texts and components in your projects. This way, you don’t have to do it manually.

2) Autoroute Section
In this updated version, the ‘Autoroute Section’ feature is offered in a native manner in the schematic. With just one click it’s possible to connect two or more components automatically.

3) Autosolve
With the new ‘Autosolve Terminal Strip” feature, add-on parts like end brackets, end covers and separation plates can be automatically placed at the correct position on a terminal strip. Furthermore, unnecessary or incorrectly placed add-on parts are deleted from the project.

6) Insert Multiple
The way of inserting multiple devices in the project has been enhanced in the E3.series 2017. With the new ‘Insert Multiple’ feature, several identical devices originating from the same component in the Database Tree can now be loaded into the Device Tree.

8) Place One by One
The ‘Place One by One’ feature has been improved in this new version of the software. The command can now be executed by any superordinate object, such as terminal strip, block, folder, structure node etc. In doing so, already placed symbols are ignored and all the ones that haven’t been placed, are placed by using the command.

9) Rotate Cable Duct
You can now rotate mounting rails and cable ducts at any angle on the E3.series panel sheets. Previously, this was only possible in 90-degree increments.

10) Snap
Previously, the snap function was only available for selecting and moving graphics. With this functionality, it's possible to 'snap' any placed objects on predefined snap points on the panel sheet, as well as move them. 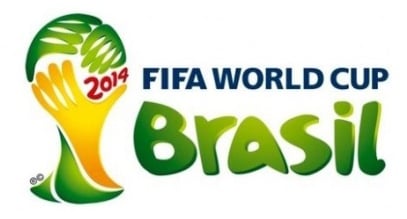